You know the advantages of trading forex, and you are excited to start trading. Now you need to learn what this market is all about. How does it work? What makes currency pairs move up and down? Most importantly, how can you make money trading forex?

Every successful forex investor begins with a solid foundation of knowledge upon which to build. Let’s start with currency pairs—the building blocks of the forex market—and how you will be using them in your trading.

In this first section, we will explain the following to get you ready to place your first trade

1. Major currency pairs
Most forex investors begin by investing in the major currency pairs, or the majors. The majors are those currency pairs that are comprised of the most important currency in the global markets—the U.S. dollar (USD)—crossed with one of seven other globally significant currencies—the euro (EUR), the Great British pound (GBP), the Swiss franc (CHF), the Japanese yen (JPY), the Canadian dollar (CAD), the Australian dollar (AUD) and the New Zealand dollar (NZD).

Take some time to learn the following major currency pairs because you will most likely be using them extensively:

2. Excotic currency pairs
The exotic currency pairs, or the exotics, are the currency pairs that are comprised of the most important currency in the global markets—the U.S. dollar (USD)—crossed with any currency that is not considered a major currency. Exotic currencies—like the Swedish krone (SEK), the South African rand (ZAR), or the Mexican peso (MXN)—are called exotic because they are associated with illiquid currencies that might not be available in a standard trading account.Exotic currencies are usually lightly traded and have large bid/ask spreads. However, many so-called “exotic” currencies are becoming more popular and more and more investors are trading them.

Take a look at the following list of exotic currency pairs because you may be interested in diversifying your forex portfolio with a few uncorrelated currency pairs:

The following is a list of some of the more popular currency crosses:

By determining what is going to happen to a currency pair in the future, investors can act today to take advantage of coming price movements.

Currency pairs can do one of the following three things:

The following is a quick reference to help you remember which way a currency pair will be moving:

Once you have decided which way the currency pair is going to move, you can place your trade.

When trading forex, you can do one of the following three things:

Entering the trade– Buying a currency pair is as simple as clicking the “Buy” button in your trading station. 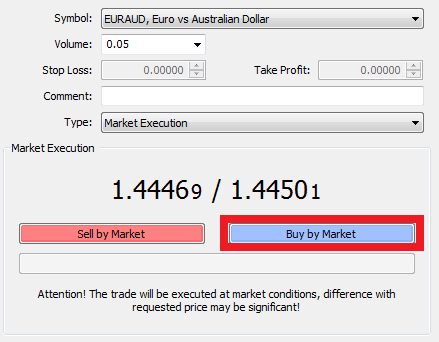 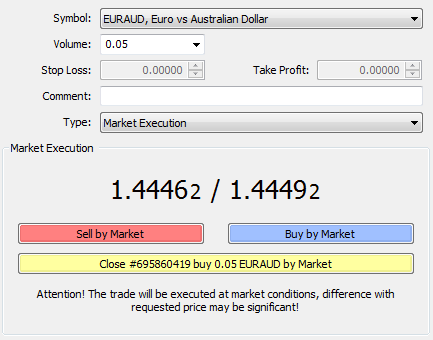 Entering the trade – Selling a currency pair is as simple as clicking the “Sell” button in your trading station. 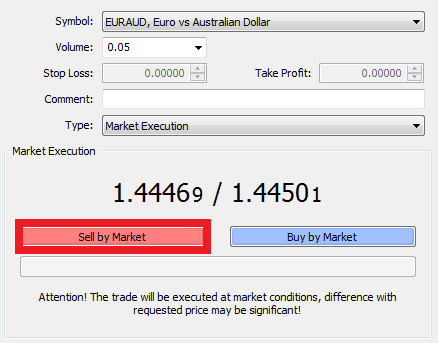 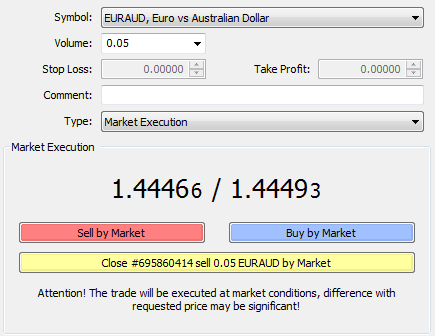 The mechanics of trading currency pairs

The forex market shares many similarities with other markets you are acquainted with in your life—like the super market or a car market—where you can buy and sell items for a set value. However, you also enjoy a few unique benefits when you invest in the forex market. For instance, when you trade in the forex market with BenchMark MetaTrader , you are able to control and profit from significant quantities of currency without having to pay for it all up front yourself.

Leverage is probably the one characteristic of the forex market that intrigues individual investors the most. Leverage is the ability to convert a small amount of power into a larger amount through the use of a tool. Imagine you are asked to move a large boulder from the spot where it is currently resting. You could certainly try to push and move the boulder with your bare hands, but your job will be much easier if you can use a tool—like a large pole—that you can place under the boulder that will give you some leverage.

The same principle holds true when you are investing in the forex market. You can make money by investing just your own money, but you can make much more money if you can use the tool of financial leverage by borrowing money from your dealer.

You can lever, or increase the investing power of, your forex accounts by using some of your own money to enter a trade and then borrowing the rest from your dealer. For example, the forex market allows you to control $100,000 with as little as $1,000 of your own money. That means you only have to pay for 1 percent of the position with your own money. You can borrow the remaining 99 percent of the purchase price from your dealer. The leverage you enjoy in the forex market is determined by the margin you are required to post for each trade.

The forex market is an exciting market because your dealer is willing to lend you money so you increase your profit-generating potential in all of your trades. Before your dealer lets you borrow money, however, you have to show that you have some money to cover any losses you may incur. Margin is the money you set aside with your dealer for safe keeping to prove that you are able to cover your losses.

Many beginning forex traders get confused by thinking that the money they set aside as margin actually goes toward purchasing currencies. It does not. You borrow 100 percent of the purchase price from your dealer. Your margin only shows your dealer you have money to cover any lossesthat you may incur.

Imagine that you have a certain amount in euro in your trading account and want to buy the currency pair EURJPY. For this example, make the following calculations:

At the moment, the currency pair EURJPY is trading at 137.13, which means that 137.13 Japanese yen (JPY) can buy 1 euro (EUR). Imagine that the size of your position is 100,000 euro (EUR).In order to determine the amount of margin with which you will participate, you can take the following steps:

Determine how many Japanese yen (JPY) you must borrow from your broker to secure  100,000 euro (EUR).

Determine how many Japanese yen (JPY) you will need to cover the required margin amount with leverage, for example, 1:100.

Determine how much euro (EUR) is required to participate as a margin amount to cover ¥ 137 130.

Whenever you enter a trade, you start out with a small loss because of the spread. You must overcome the spread—hold onto the trade long enough for it to move through the spread—before you will be profitable on your trade. It is a small hurdle to clear and a small price to pay for the leverage and liquidity BenchMark provides in the forex market.